Just one question: which of these options suits you best?

Is my wheelbarrow a Machine?

Is the Machinery Directive applicable to my wheelbarrow? 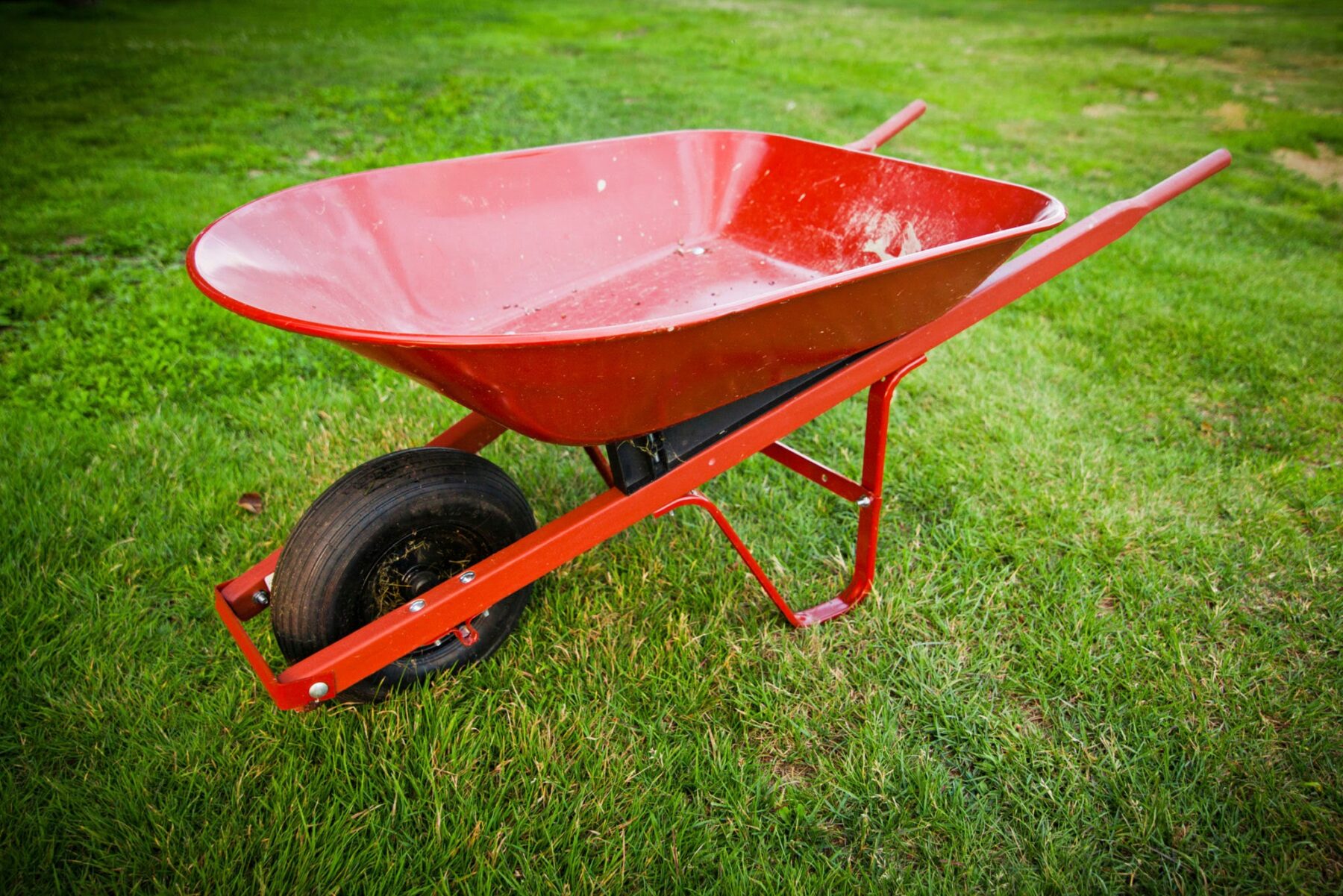 During the inception phase of a new product, it’s good practice to check what regulatory framework is applicable to it. In the EU there are several dozen Directives and Regulations which could be applicable to your new product. In this article we will explore when the Machinery Directive (which we will abbreviate MD in the following) is applicable to a product and when it isn’t. And we do this in the context of a wheelbarrow.

For the purpose of this case study we shall think of a wheelbarrow as a small hand-propelled vehicle, designed to be pushed and guided by a single person using two handles at the rear. It is designed to distribute the weight of its load between the wheel and the operator. It is intended to be used for gardening and on construction sites.

The first article of the MD defines its scope. The first paragraph mentions 7 product categories that are covered by MD. The second paragraph names 12 that are excluded. Let’s have a closer look;

The 7 inclusive products are;

All the 7 categories are also part of Article 2 which provides definitions for these categories.

The first of which, Machinery, is defined by 5 bullet points;

— an assembly, fitted with or intended to be fitted with a drive system other than directly applied human or animal effort, consisting of linked parts or components, at least one of which moves, and which are joined together for a specific application,

— an assembly referred to in the first indent, missing only the components to connect it on site or to sources of energy and motion,

— an assembly referred to in the first and second in dents, ready to be installed and able to function as it stands only if mounted on a means of transport, or installed in a building or a structure,

— an assembly of linked parts or components, at least one of which moves and which are joined together, intended for lifting loads and whose only power source is directly applied human effort;

The wheelbarrow can be seen as an assembly consisting of linked parts or components of which at least one moves, and which are joined together for a specific application. But it has no drive system. It is intended to be propelled by a human operator. So in the sense of the first bullet point the wheelbarrow is not Machinery.

The last bullet however is relevant. As the wheelbarrow is intended to lift and carry loads. And to the contrary of the first bullet, a power source of a human applied effort is included. Therefore, by virtue of this fifth bullet, the wheelbarrow fits within the definition of Machinery. This is an exception to the general rule that manually powered machinery is excluded from the Machinery Directive. Manually powered products intended to lift loads are subject to the Machinery Directive.

With the wheelbarrow fitting in the definition of Machinery, we don’t need to investigate the other 6 inclusive categories. The other categories have also definitions in Article 2 which can be checked against in a similar manner.

Next we need to check if the wheelbarrow is excluded of the MD scope by any of the mentioned categories in paragraph 2 of Article 1.

The following are excluded from the scope of this Directive:

(a) safety components intended to be used as spare parts to replace identical components and supplied by the manufacturer of the original machinery;

(b) specific equipment for use in fairgrounds and/or amusement parks;

(c) machinery specially designed or put into service for nuclear purposes which, in the event of failure, may result in an emission of radioactivity;

(e) the following means of transport:

— agricultural and forestry tractors for the risks covered by Directive 2003/37/EC, with the exclusion of machinery mounted on these vehicles,

(f) seagoing vessels and mobile offshore units and machinery installed on board such vessels and/or units;

(h) machinery specially designed and constructed for research purposes for temporary use in laboratories;

(i) mine winding gear;

(k) electrical and electronic products falling within the following areas, insofar as they are covered by Council Directive 73/23/EEC of 19 February 1973 on the harmonisation of the laws of Member States relating to electrical equipment designed for use within certain voltage limits (3):

It is however a small vehicle, but not a motor vehicle or an agricultural or a forestry tractor. And it is not intended to be mounted on or installed in such vehicles. Means of transport by air, on water or on rail networks is also not applicable to the wheelbarrow.

There is always more...

Where, for machinery, the hazards referred to in Annex I are wholly or partly covered more specifically by other Community Directives, this Directive shall not apply, or shall cease to apply, to that machinery in respect of such hazards from the date of implementation of those other Directives.

If you need assistance in identifying applicable EU Directives and Regulations, Unitron Regulatory can help. Don’t hesitate to contact us.

Do you have a question about our regulatory services? Please get in contact with us.